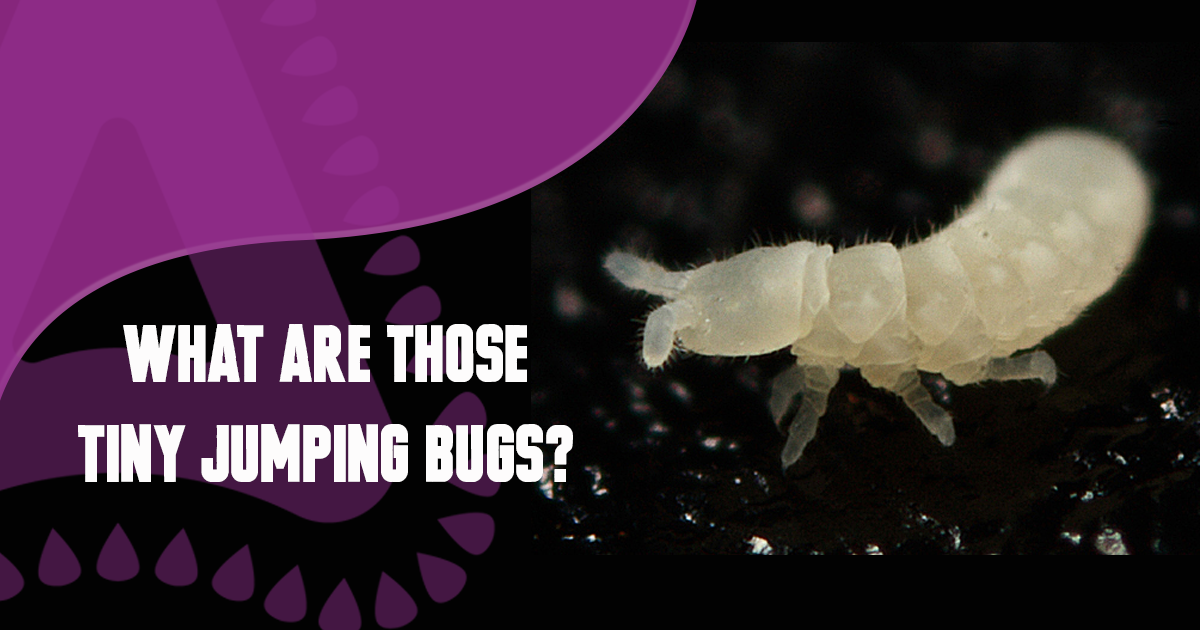 We’ve all gotten the call; tiny little jumping bugs that don’t bite. What are they? Most often these mysterious bugs are identified as springtails (Order Collembola). While homeowners often describe them as a plague, in reality they are beneficial insects when they stay outdoors… where they belong!

Inspect Your Home for Moisture

In their natural habitat springtails typically feed on fungi, plant material or algae. If they are found indoors, always begin an inspection for springtails with a search for high moisture levels such as leaking or pinholes in plumbing, roof leaks, humidifiers, mulch or organic material piled up next to the structure, decaying produce, or otherwise very damp environments.

Another example is a sprinkler head installed improperly pointing directly at the structure rather than the turf leading to high moisture levels and in turn, a springtail infestation.

Get Moisture Under Control

Generally, once the moisture levels are brought under control or remediated, the insects will desiccate (and die) or re-locate themselves. I recommend aerosols or dry foam applications in the areas where springtails are active rather than liquid applications, so you don’t introduce more moisture into the environment.

Using a product, such as Tekko Pro, to disrupt the life cycle of the insect will prevent the Springtails from developing into adults. Another product, Fuse Foam, has the same proven, non-repellent active ingredients as Fuse but in a dry foam application to lessen the amount of moisture into the treated area. D-Fense Dust is a water-proof product that does not clump or absorb any moisture.