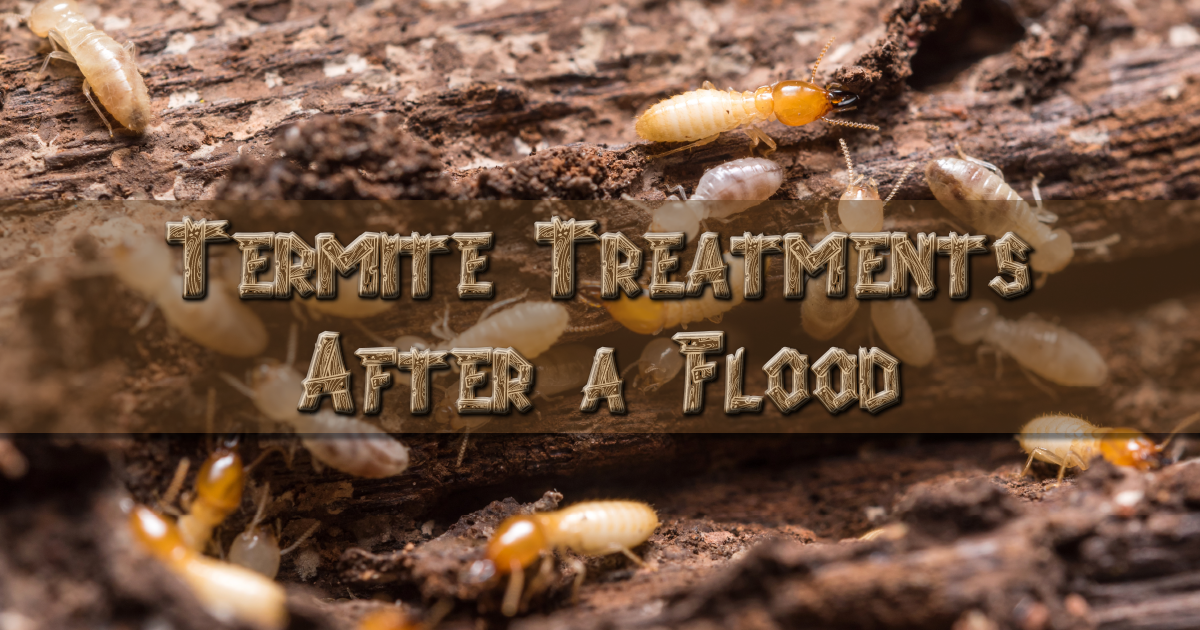 
Termite Treatments After a Flood

Did The Treatment Wash Away?

In August and September of 2017, Hurricane Harvey and Hurricane Irma dropped trillions of gallons of water on Texas, Louisiana, Florida and the Caribbean. This formidable pair left in their wake devastating floods, wind damage, and property damage, but did they also damage thousands of termite protection barriers placed by PMPs?

Do I need to retreat my customer’s structures for termites?

This leads to a somewhat important question: “Do I need to retreat my customer’s structures for termites? Did the floodwater wash the treatment away?”

Flooding is a major concern in many parts of the country and especially to home and property owners. Many people become concerned after extensive and costly repairs have been made and termites come to mind. The last thing customers who have experienced flooding need is a termite infestation.

Termites can survive floods; the invasive Formosan Subterranean Termite survives extremely well in flood conditions due to their aerial nests. After floodwaters recede, there is extensive soil moisture as well as moisture in structures to support termite colonies and they can begin foraging immediately.
So, after flooding is the treatment gone?

The answer is not a simple one. Generally, treatments can survive being wet for a short period of time and remain effective. Modern termiticides, such as fipronil, adhere to soil particles and if the soil stays in place, the treatment will as well. However, fast currents and silt and mud deposits can disrupt the treated zone enough to allow termites access to the structure. In these cases, re-treatment might be recommended or even necessary.

The National Pest Management Association has developed the following guidelines to help you know if you need to retreat a structure or not:

Ultimately, if you work or live in an area that experienced floods, be sure you are carefully inspecting each structure, even those that have had a previous treatment. Be sure to look for other damage from flooding such as rot, mold, fungus, and other pest activity such as carpenter ants. If you determine a retreatment should be made, applications should be made after repairs and landscaping is completed and in place and the soil should be dry and “normal.”