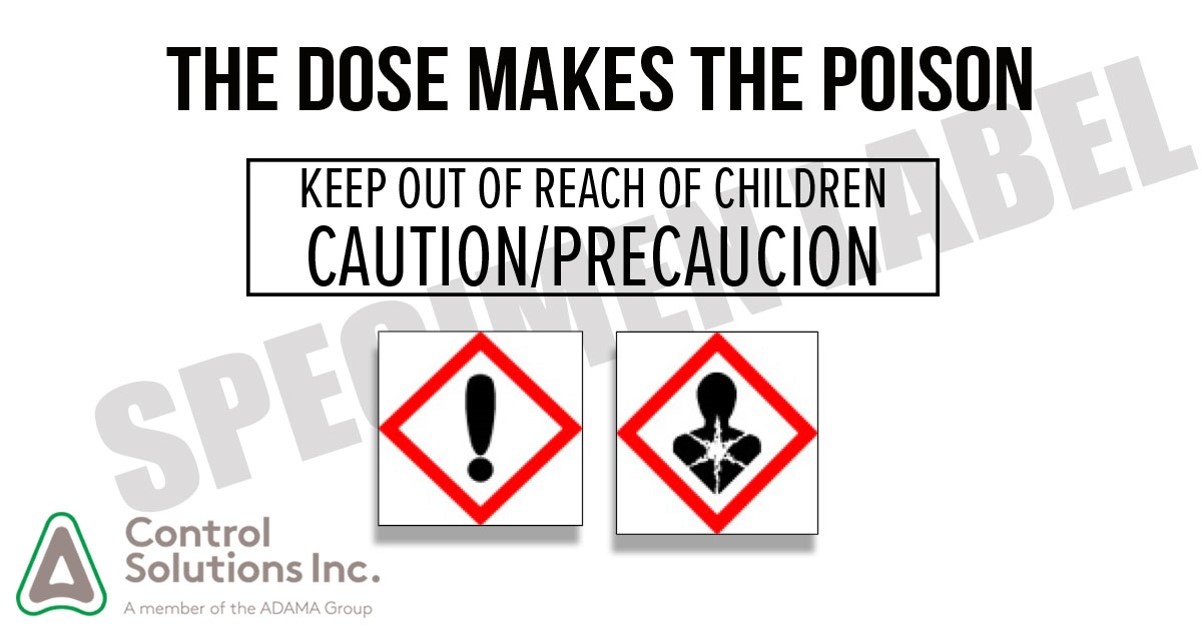 
The Dose Makes The Poison

OSHA defines a chemical as toxic if it has an

LD50 and LC50s of less than these are considered highly toxic substances by OSHA.

An example of chronic toxicity is cigarette smoking. It can take years of exposure to see any noticeable effects.

These measurements are based on acute toxicity, or exposure to a toxin in a short time frame. Chronic toxicity, or the adverse effects from a long term exposure, is much harder to study and quantify. It can take years for a chronic effect to become apparent. An example of chronic toxicity is cigarette smoking. It can take years of exposure to see any noticeable effects.

How a toxin enters the system is also an important factor in toxicity. There are three primary routes of entry into the body: dermal exposure (skin), oral exposure (ingestion), and inhalation (lungs). Some toxins are only dangerous if breathed in or by ingestion while some are toxic regardless of exposure route. While professional applicators are more likely to be exposed to pesticides via their skin, or dermal exposure, inhalation hazards are typically considered more dangerous. Children are the most likely to be affected by a toxic substance by ingestion.

Children are the most likely to be affected by a toxic substance by ingestion.

Another concept that is important in the study of toxicity is hazard vs. risk. Hazards are inherently dangerous, regardless of amount of exposure or quantity; it is any source of potential harm. Risk is the relative likelihood of a hazard to cause harm; it is the combination of the likelihood and the severity of the damage. Risk assessment is a process in which hazards and risk factors are identified and then evaluated on the hazard that is likely to cause that risk. Then the best way to eliminate or reduce the overall risk when a hazard cannot be eliminated. This is known as risk control.